LAAS quoted in article and headline

Communal outrage over 'insulting and absurd' attacks on Lord Austin

But the accusations against one of the leading fighters against racism in the Labour Party under Jeremy Corbyn, who resigned from the party in 2019 to sit as an independent, prompted fury.

“The attacks on Lord Ian Austin are insulting and absurd. They are nothing more than childish mischief-making. He is, and always has been, a vocal and courageous campaigner against antisemitism and extremism. He is a man of integrity who put his principles ahead of his own political career to stand alongside the Jewish community.” 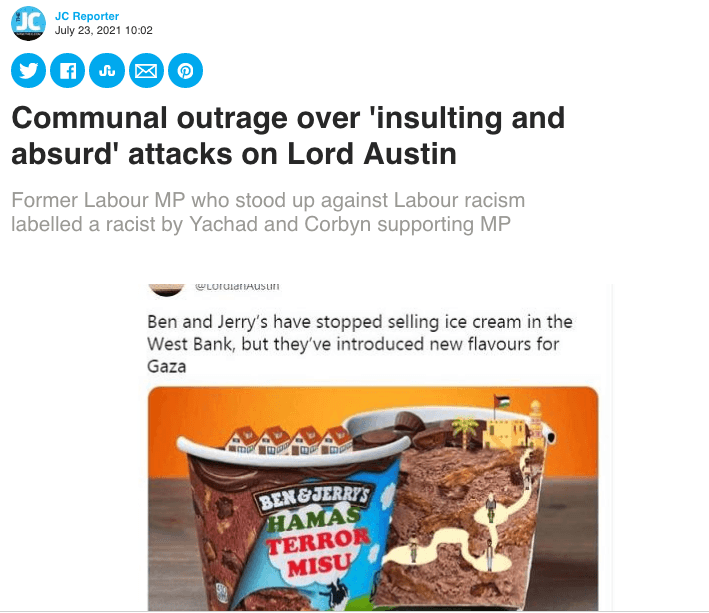