However, Labour Against Antisemitism (LAAS) warned that the messages exposed the scale of the challenge Keir Starmer still faced, warning that his “zero tolerance” pledge was beginning to look like a “box ticking exercise”.

Euan Philipps, spokesman for LAAS, said: “Many of the comments posted on social media were themselves highly antisemitic and require further investigation by the Labour Party – hopefully leading to member expulsions.

“That party members still feel emboldened to make racist comments in public shows there is a lot of work still to be done to embed a zero tolerance culture in Labour and make the party electorally acceptable again.

“Meeting the recommendations of the EHRC has begun to look like a box-ticking exercise and unless Keir Starmer enforces a zero tolerance position on antisemitism across the board, in actions not words, it will become meaningless.” 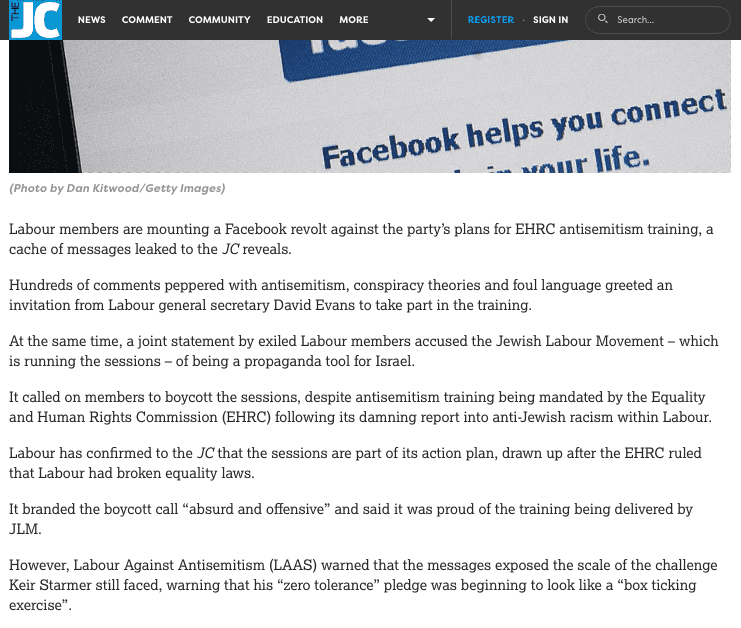