LAAS featured in Order Order and the Newham Recorder

Euan Philipps, spokesperson for Labour Against Antisemitism, called for Cllr Mughal to be suspended.

Mr Philipps said: "Councillor Mughal appears to have promoted a series of antisemitic posts via his Facebook account. It is therefore astonishing that presented with this evidence the Labour Party have failed to suspend Cllr Mughal while their investigations take place."

He added an investigation by the Equality and Human Rights Commission made clear the Labour Party must live up to its commitment of zero-tolerance of antisemitism.

"We are uncertain why they are failing to do that in this instance. We urge an immediate suspension and a full investigation into what appears to be an endemic culture of anti-Jewish racism among the Labour Group on Newham Council," he said. 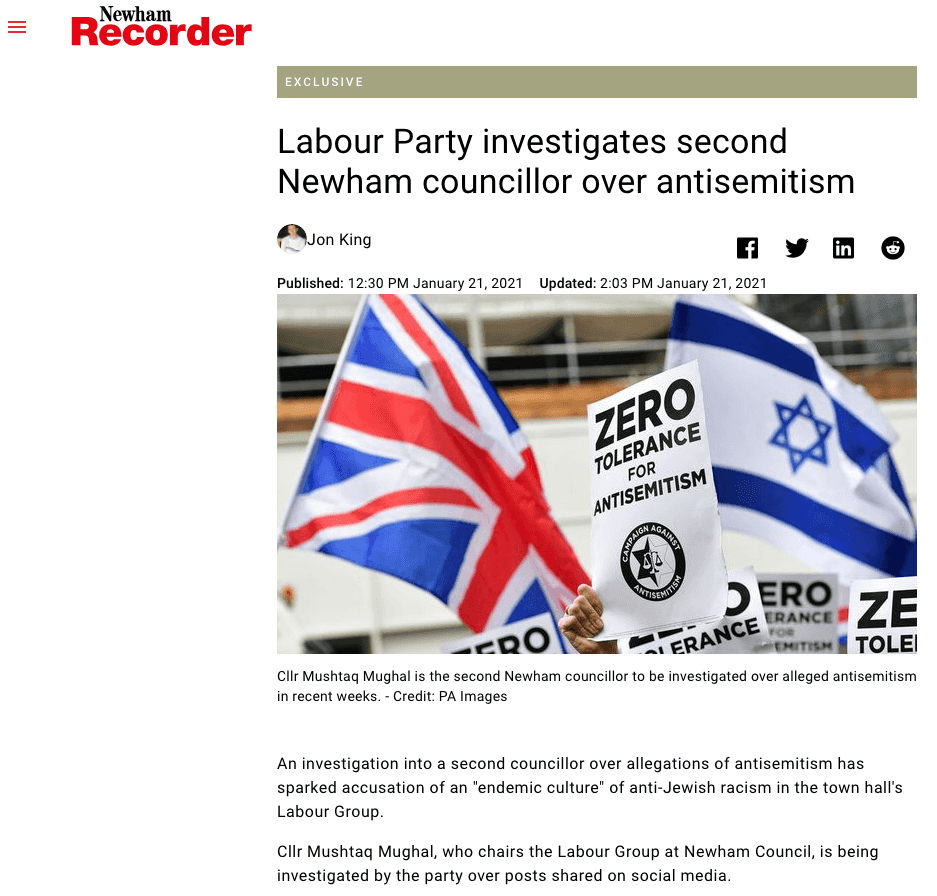 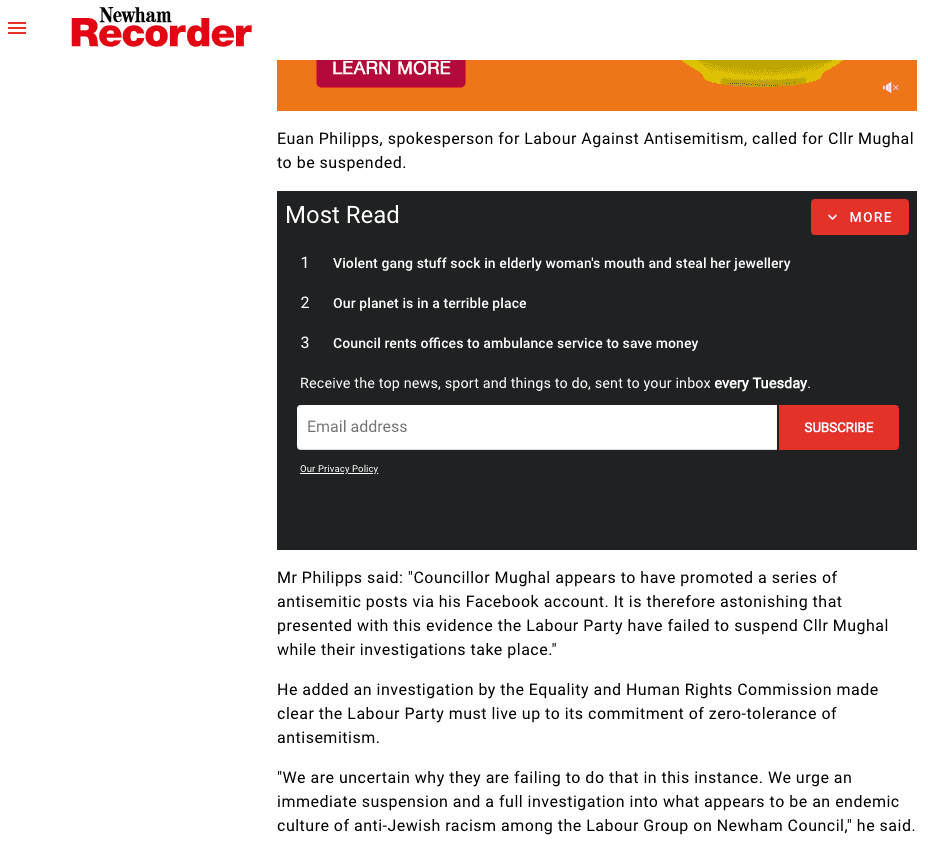 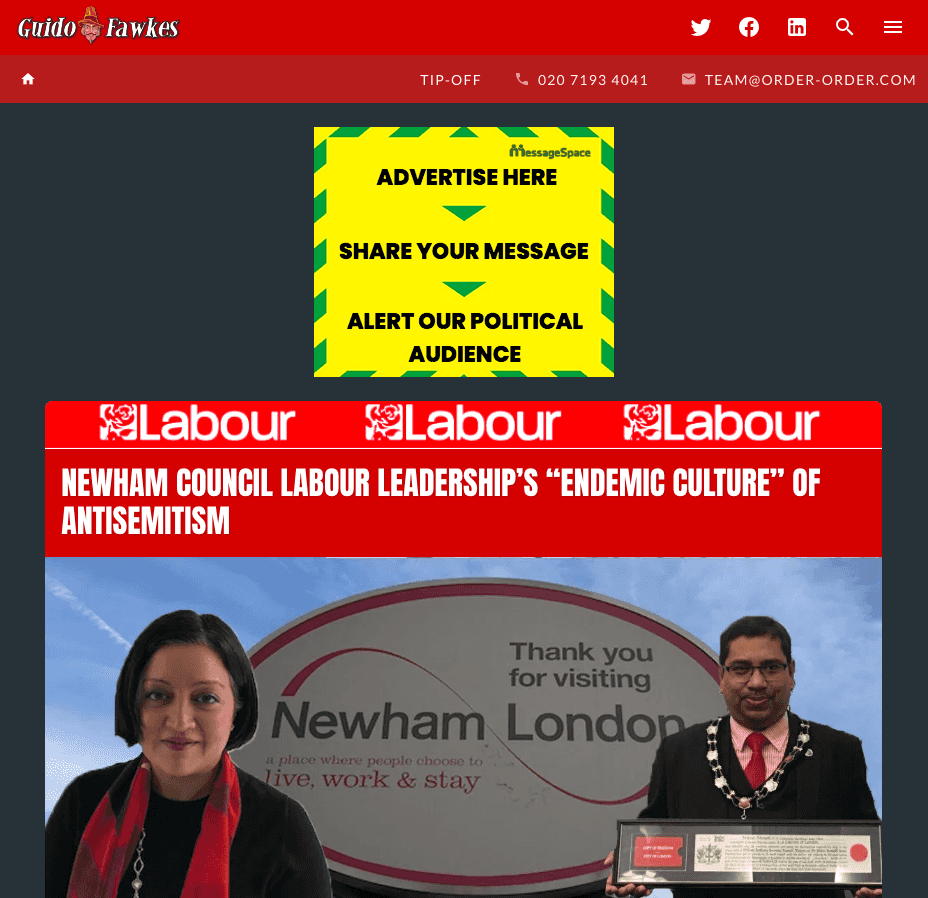 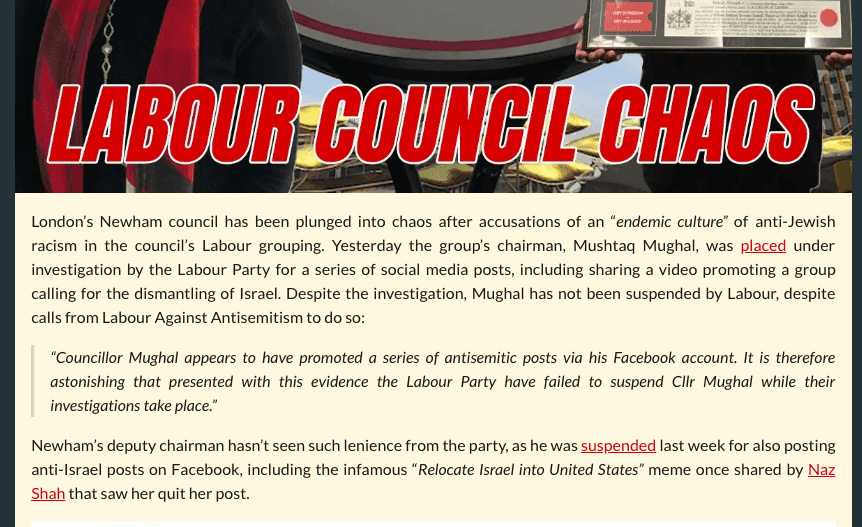