Labour accused of "Letting off antisemitism"

LAAS in the Telegraph

LAAS were once again quoted at length in the national press. This time by the Telegraph about the Labour party's new complaints handbook...

Labour accused of 'letting off antisemitism' after failing to expel members

“The disciplinary measures applied to the four examples of antisemitic conduct are insufficient and fail to meet the benchmark of ‘zero tolerance’.

In our view all four examples should have resulted in expulsion. If they are indicative of the wider approach then they are very concerning, and it is difficult to see how this will lead to a long-term change of culture within the Labour Party.

In light of the EHRC findings about Labour antisemitism and the length of time Starmer has had to address the issue, letting anti-Jewish racism off with a warning shows that Labour’s new Complaint Handling Handbook is a step backwards.” 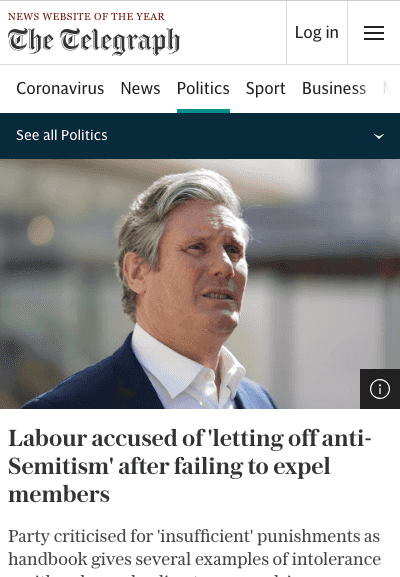 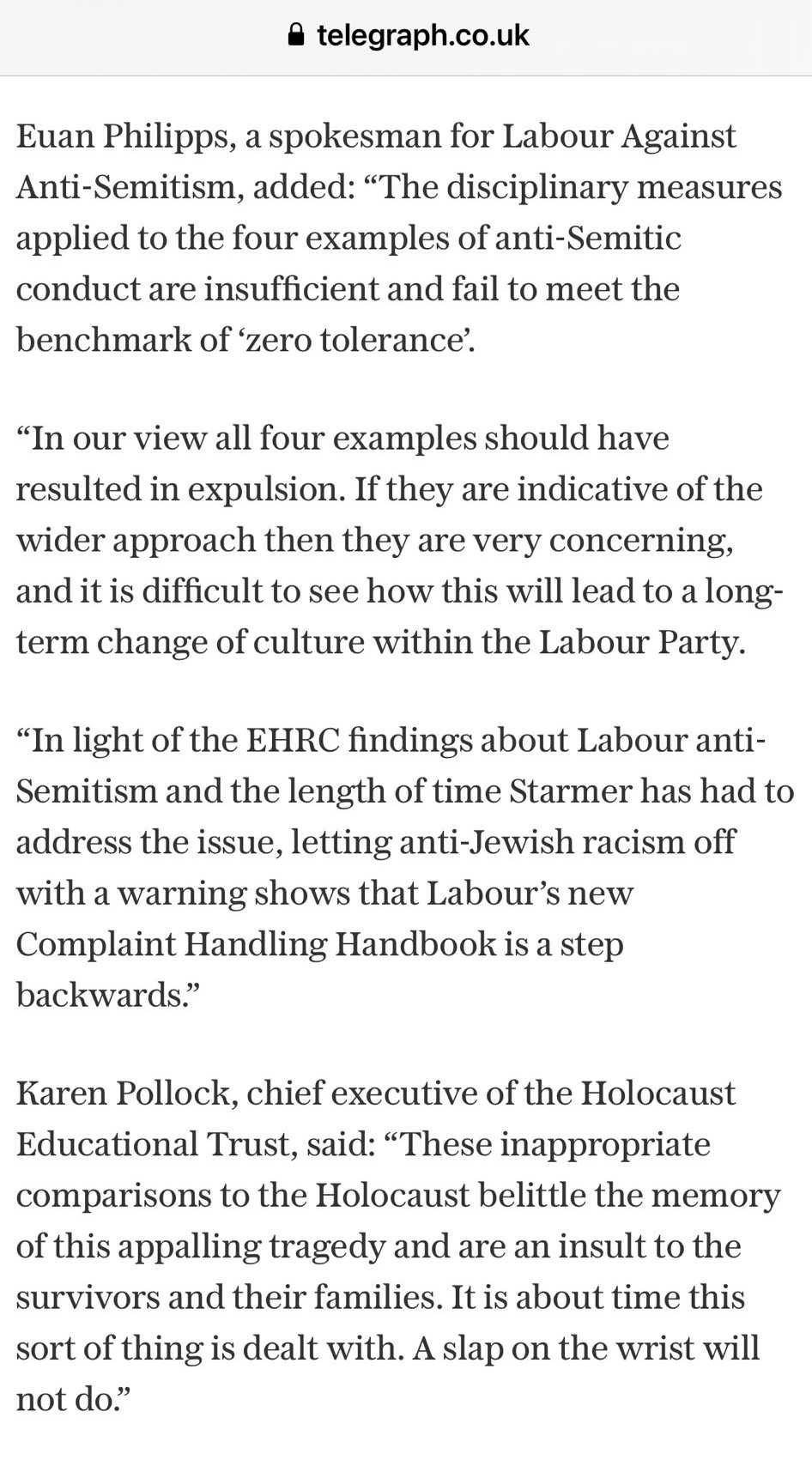