On Jeremy Corbyn's claims about the EHRC

LAAS in The Independent

The interview, with Middle East Eye, was fiercely criticised by the organisation Labour Against Antisemitism, which described it as “unacceptable”.

“By apparently appearing to invent a bizarre conspiracy theory about Conservative underfunding of this independent and highly-respected body, Mr Corbyn has once again brought the Labour Party into disrepute,” said Euan Philipps, its spokesperson.

The group “urged Keir Starmer to issue a statement reiterating his support for the EHRC and for the findings of its investigation”. 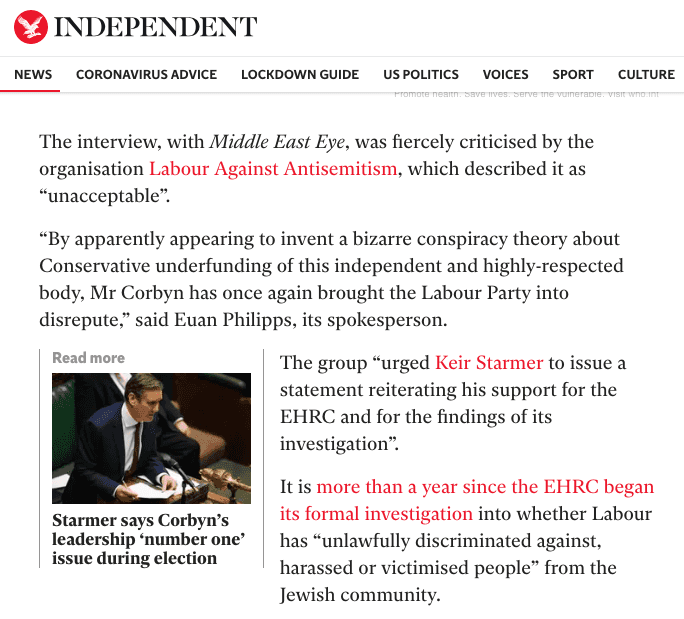