EXCLUSIVE: Antisemitism fighting group Labour Against Antisemitism has called on the judge to hand down a tough custodial sentence to neo-Nazi Matthew Henegan, who blamed Jews for Covid

The director of Labour Against Antisemitism, Alex Hearn exclusively told the Daily Star that it is "concerning" that the judge had no firm view on how to sentence the man.

Mr Hearn said: "There is a worrying trend of extremists attempting to influence people online by playing on their fears around Covid.

"Unfortunately, racism and conspiracies about Jewish people have historically been central to disinformation campaigns by individuals, organisations and even states.

"In this case, Henegan also accused Jews of controlling the media and being guilty of a number of other imagined crimes.

"The authorities should be applauded for catching and convicting this dangerous neo-Nazi extremist who aimed to incite hate or worse against a tiny section of the British community who happen to be Jewish.

"However, it is concerning that the Judge said he had no firm view on how to sentence.

"A custodial sentence must be applied to stop him continuing to spread hate." 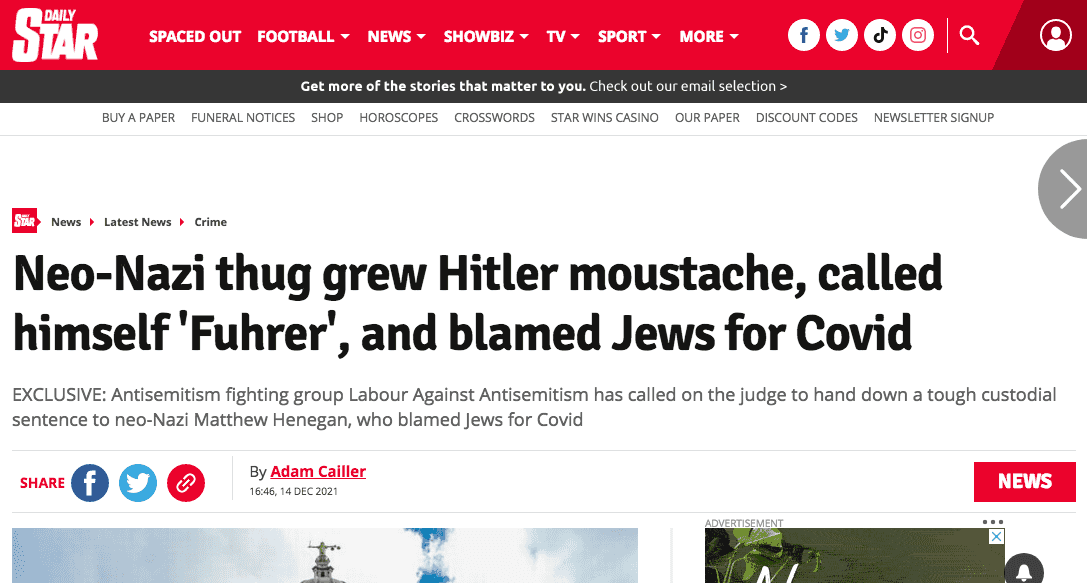