LAAS exclusive in the Jewish Chronicle

Alex Hearn, Director of Labour Against Antisemitism, said: "The Royal Court Theatre has previously courted controversy for plays and characters which have attracted accusations of anti-Semitism. Now it appears it has been attempting to erase any record of Israel at all.

"A map erasing the world's only Jewish state is alleged to have been on the Royal Court website for a number of years and only very recently removed, coinciding with their latest antisemitic incident.  These issues appear to be deeply entrenched and systematic. It is not adequate for them to handpick Jewish people whose views they find palatable to engage with.  The Royal Court must consult with respected community leaders and known experts in combating antisemitism to address this troubling issue which has infected the Royal Court for too long.

"Given the context this will be seen as part of an ongoing attack on Jewish identity and self-determination." 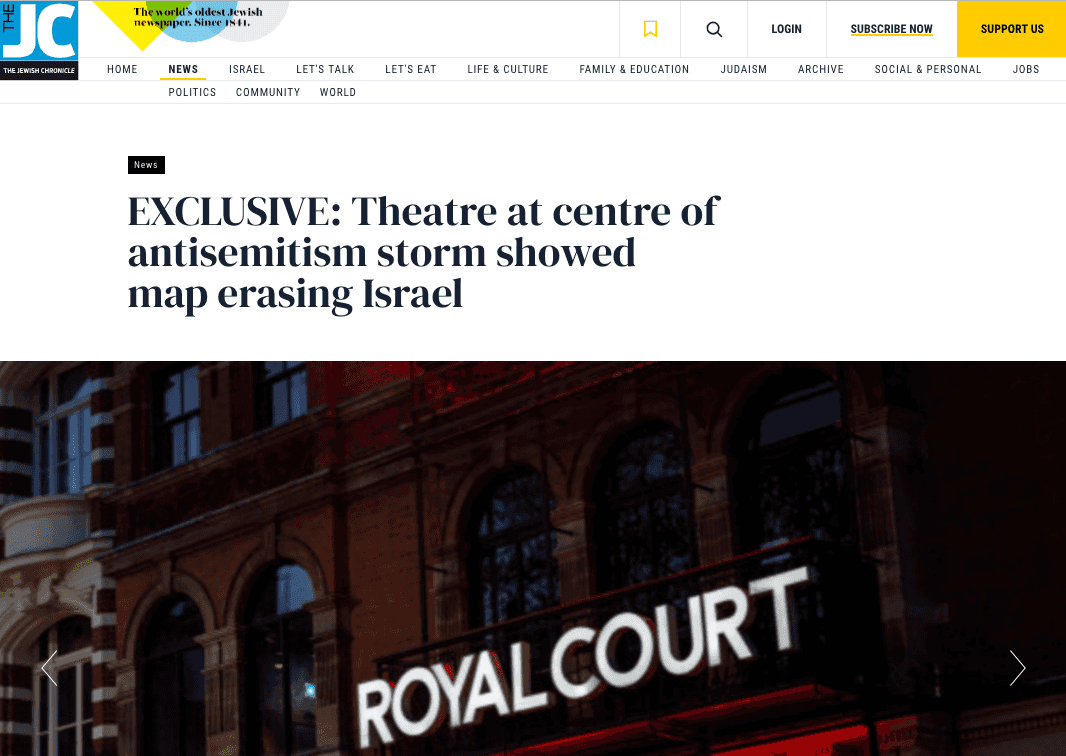