Comments by Labour chair of ward in Hackney

Jews ‘took over… by a series of genocides’

EXCLUSIVE: Labour official said during Palestine debate that Jews ‘took over… by a series of genocides’

“The reported comments by Dr Penny Vera-sanso are antisemitic and should have no place in the Labour Party.

“It is especially concerning that she is an elected officer of the party and also that she is an educator of young people. We will be forwarding all the evidence of her comments to Labour HQ and we hope they will take swift disciplinary action.” 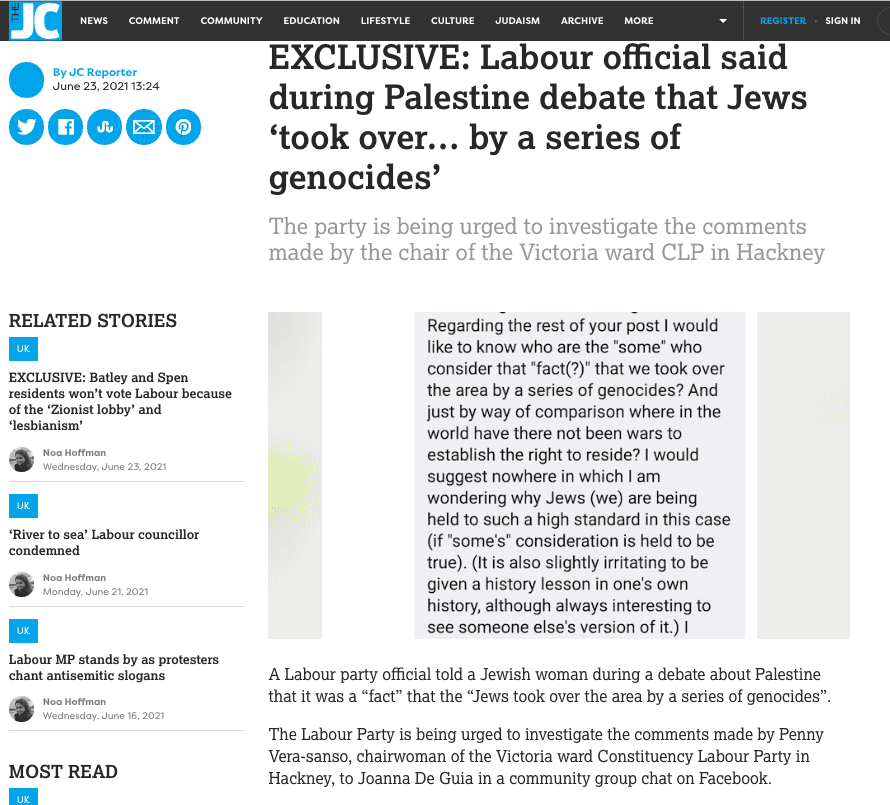